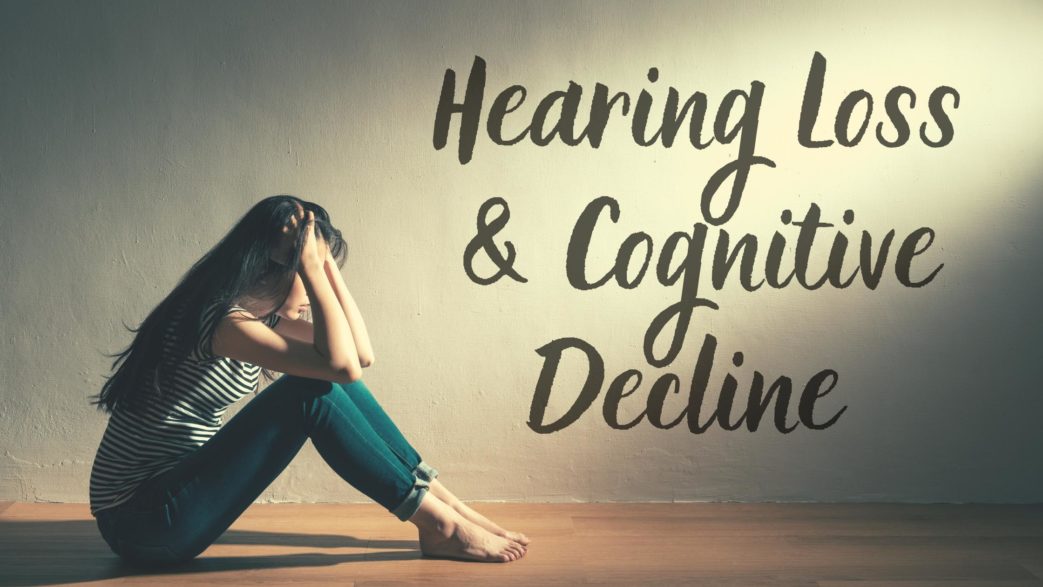 Hearing loss affects an estimated 48 million people in the US alone and has far reaching side effects past obvious issues with hearing. Ultimately, hearing loss is a communication issue making it more difficult to connect to the people in your life. It can affect your personal life as well as your career, reverberating into your sense of self-worth, self-esteem and sense of independence. In addition to emotional impacts of hearing loss, struggling to hear can cause exhaustion. While we hear with our ears, we listen with our brain. When we cannot receive ample audio signals to our brain, cognitive decline can occur.

The Connection Between Hearing Loss and Cognitive Decline

Dementia is actually a grouping of many conditions related to the loss of cognitive functioning. This condition is estimated to affect half of all people over 85 years, while the most common type of dementia, Alzheimer’s disease affects 62 million people in the US alone. Dementia affects thinking, remembering, reasoning and behavioral abilities to such an extent that it makes it hard to complete normal daily tasks and activities. Often people affected by dementia cannot control their emotions, and their personalities may seem to change. Dementia is caused by damage to brain cells which interferes with the ability of brain cells to communicate with one another. However, several studies have found that untreated hearing loss, depending on the severity, can increase the risk of dementia significantly.

Often people suspect that they are developing dementia when the symptoms of hearing loss can mimic this devastating brain disease. If you struggle to understand speech, or feel exhausted by regular conversation, you may be dealing with undiagnosed hearing loss. It’s important to check your hearing regularly to detect a hearing loss before it can develop further. Hearing loss has been linked to cognitive decline which can increase the likelihood of dementia.

What Research on Dementia and Hearing Loss Reveals

A Johns Hopkins study led by Dr. Frank R. Lin examined cognitive impairment scores in over 2000 seniors, over a six-year period. The study found that patients with hearing loss had a much faster and significant decline.

The answer to this is still up for debate, however, several studies suggest that there is a chance that they can. Hearing aids can amplify the sounds you struggle with, making it much easier to follow conversation in noisy and quiet environments. This can increase connections, self-esteem and slowly lift chronic depression. Hearing aids also will allow your brain to take a well-deserved break from constant straining. Some studies suggest that hearing aid can delay the onset of cognitive impairment and dementia.

If you find that you are struggling to hear the people in your life, this is a serious issue. The sooner you address even slight signs of hearing loss, the greater chance you can delay or prevent the development of cognitive decline and dementia. Dementia destroys lives, takes away memories from its victims and currently there is no cure for this disease. It’s important to take every precaution possible to prevent it from progressing.

Prompt treatment can help you or your loved one stay connected to the activities and the people they love, avoiding social isolation and loneliness, commonly associated with hearing loss and dementia. Call today to set up an appointment for a hearing test. You have too much to lose to put this off another day!